Folque – the history of a Norwegian folk rock group 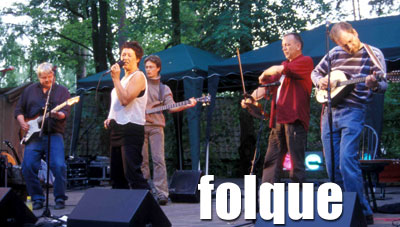 Back in 1972 I was one of many young peolpe playing strange songs on minor-tuned guitars at the Folk Clubs of Oslo. Usually with a friend called Eilif Amundsen. In the spring I was asked to participate on an anti-EEC-record. I got together with a bunch of pals, and played my own song “Si ja til selvstendighet” (Yes, to independence!). Afterwards I toured along the southern coast and became acquainted with another singer/guitarist, Jørn Jensen. After the tour I joined Eilif and his brother and went with them to London, where I met a couple of other Norwegians, Lars Helljesen and Espen Løvstad.

That was the beginning of Folque. …